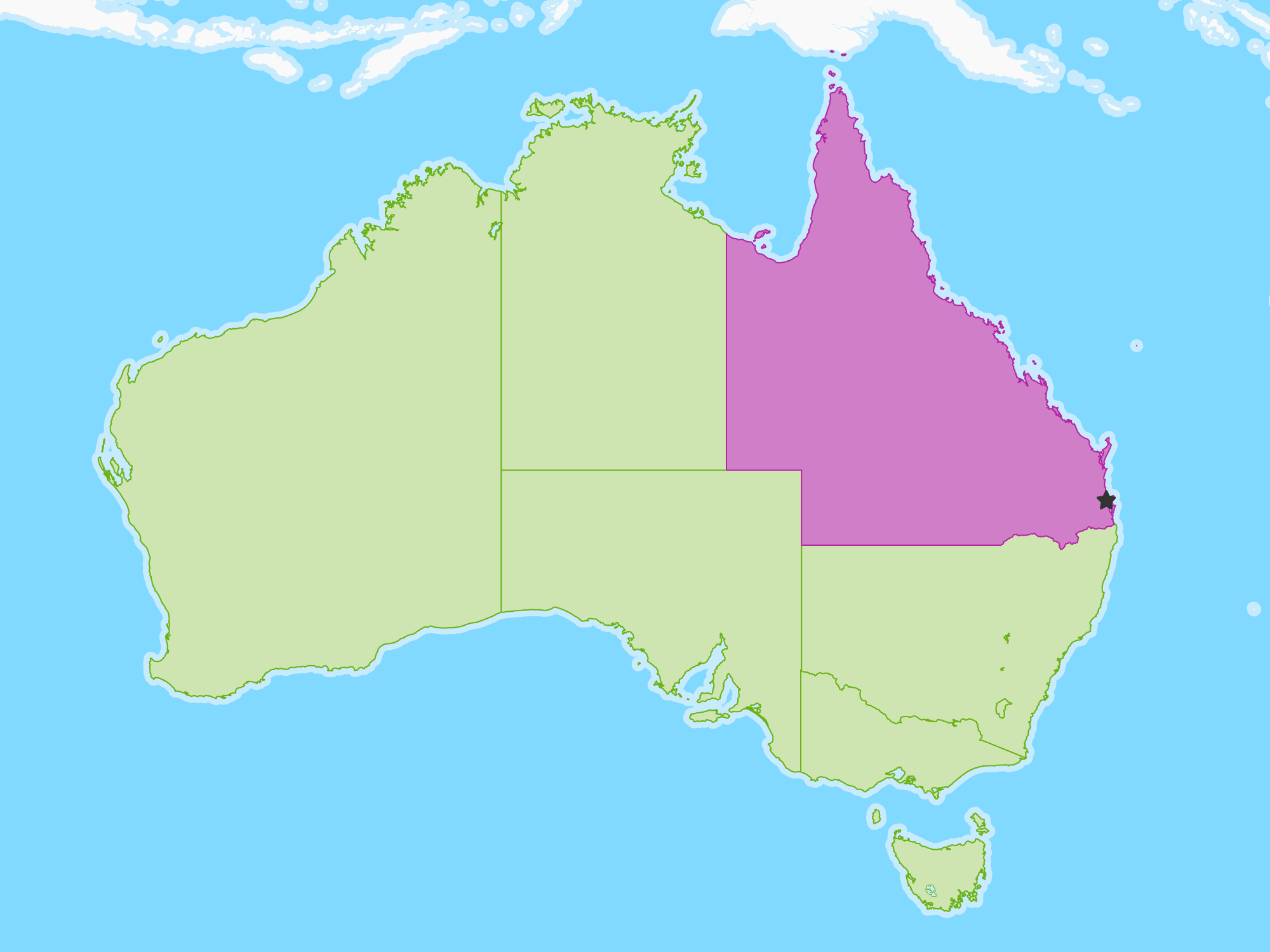 Queensland the second-largest and third-most populous state in the Commonwealth of Australia. Situated in the north-east of the country, it is bordered by the Northern Territory, South Australia and New South Wales to the west, south-west and south respectively. To the east, Queensland is bordered by the Coral Sea and Pacific Ocean. To its north is the Torres Strait, with Papua New Guinea located less than 200 km across it from the mainland. The state is the world's sixth-largest sub-national entity, with an area of 1,852,642 square kilometres (715,309 sq mi). As of 15 May 2018, Queensland has a population of 5,000,000, concentrated along the coast and particularly in the state's South East. The capital and largest city in the state is Brisbane, Australia's third-largest city.