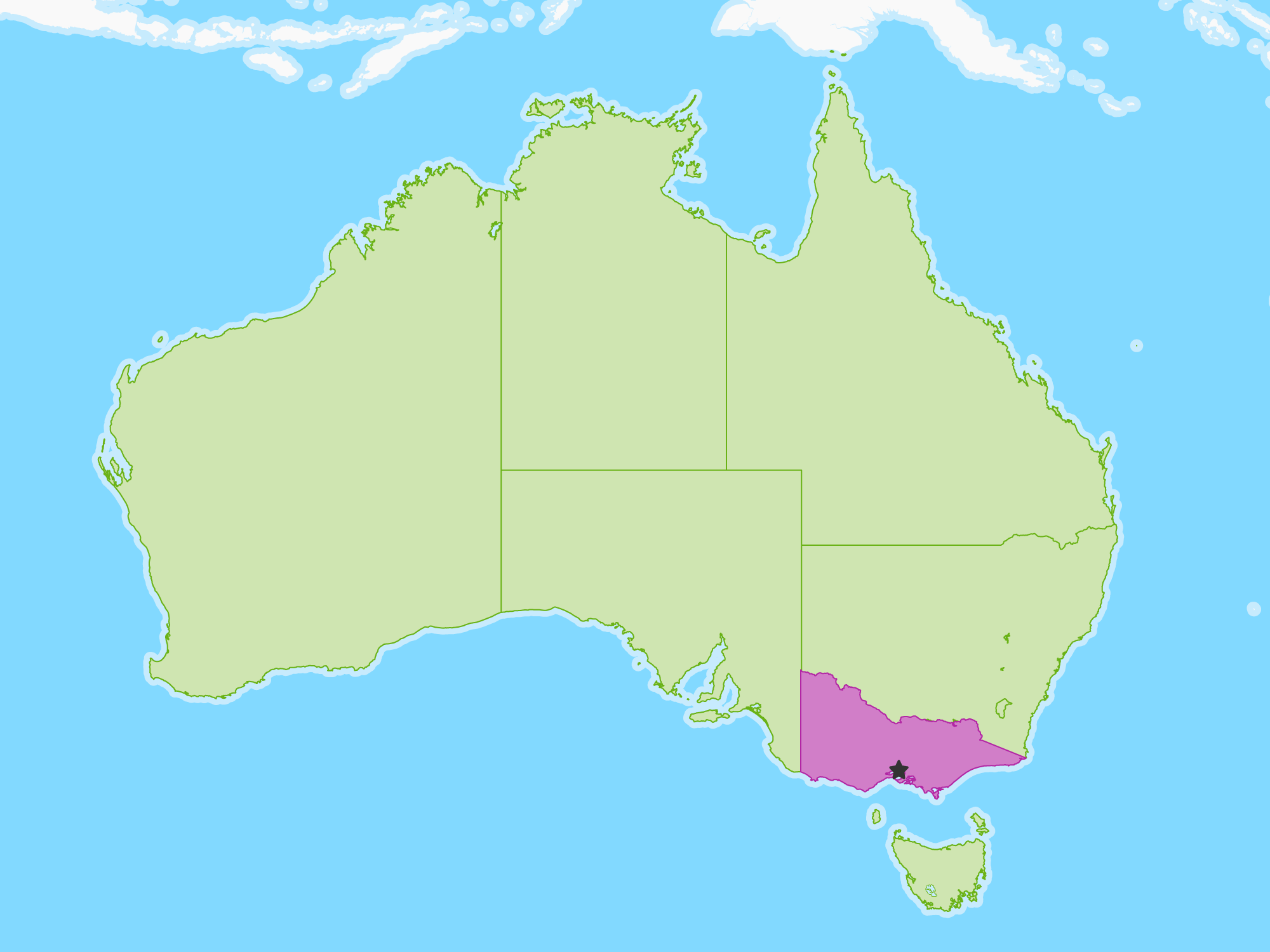 Victoria is a state in south-eastern Australia. Victoria is Australia's smallest mainland state and its second-most populous state (after New South Wales) overall, making it the most densely populated state overall. Most of its population lives concentrated in the area surrounding Port Phillip Bay, which includes the metropolitan area of its state capital and largest city, Melbourne, Australia's second-largest city. Victoria is bordered by Bass Strait and Tasmania to the south, New South Wales to the north, the Tasman Sea to the east, and South Australia to the west.