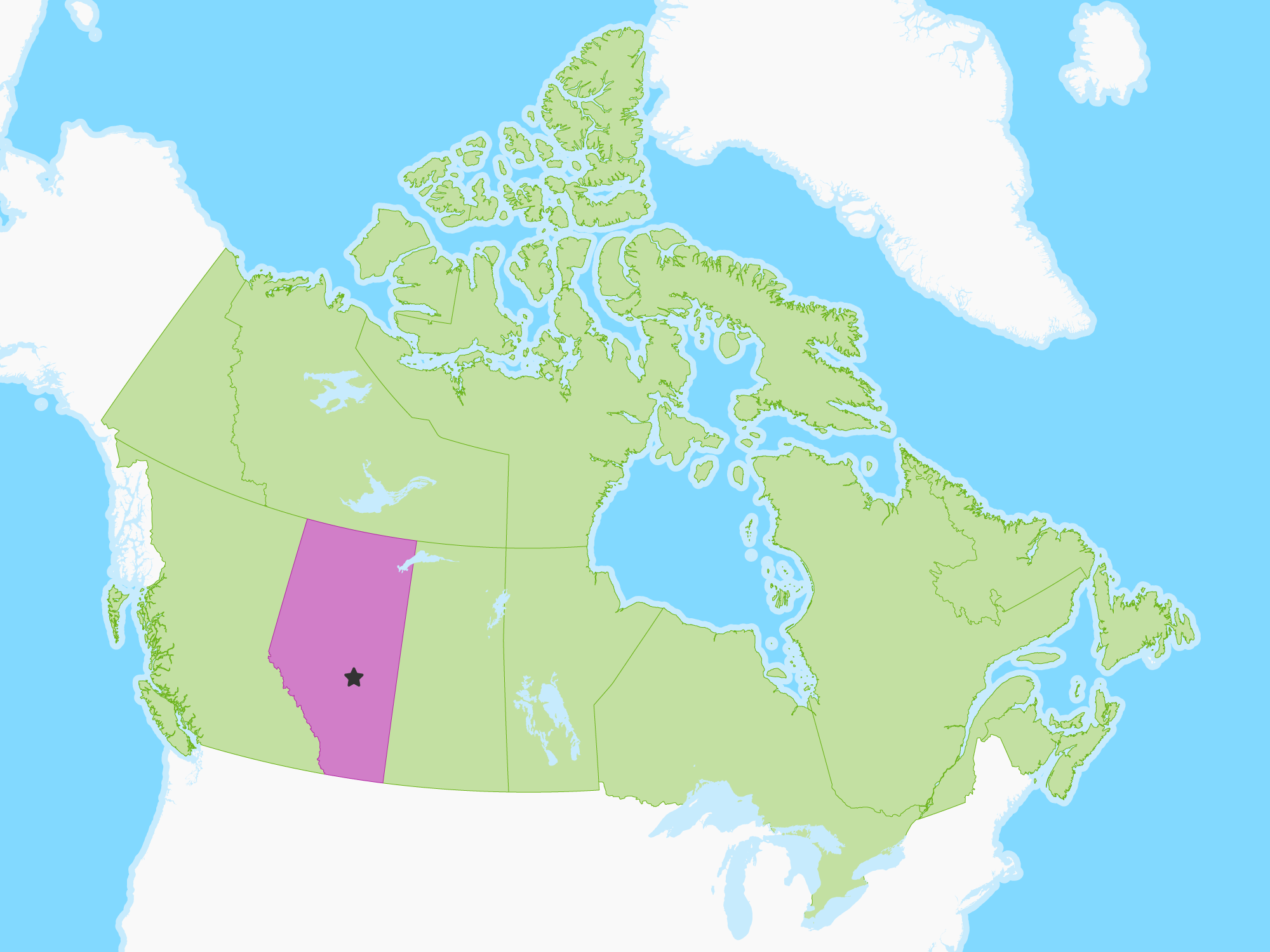 Alberta is a western province of Canada. With an estimated population of 4,067,175 as of 2016 census, it is Canada's fourth most populous province and the most populous of Canada's three prairie provinces. Its area is about 660,000 square kilometres (250,000 sq mi). Alberta and its neighbour Saskatchewan were districts of the Northwest Territories until they were established as provinces on September 1, 1905. Alberta's capital, Edmonton, is near the geographic centre of the province.