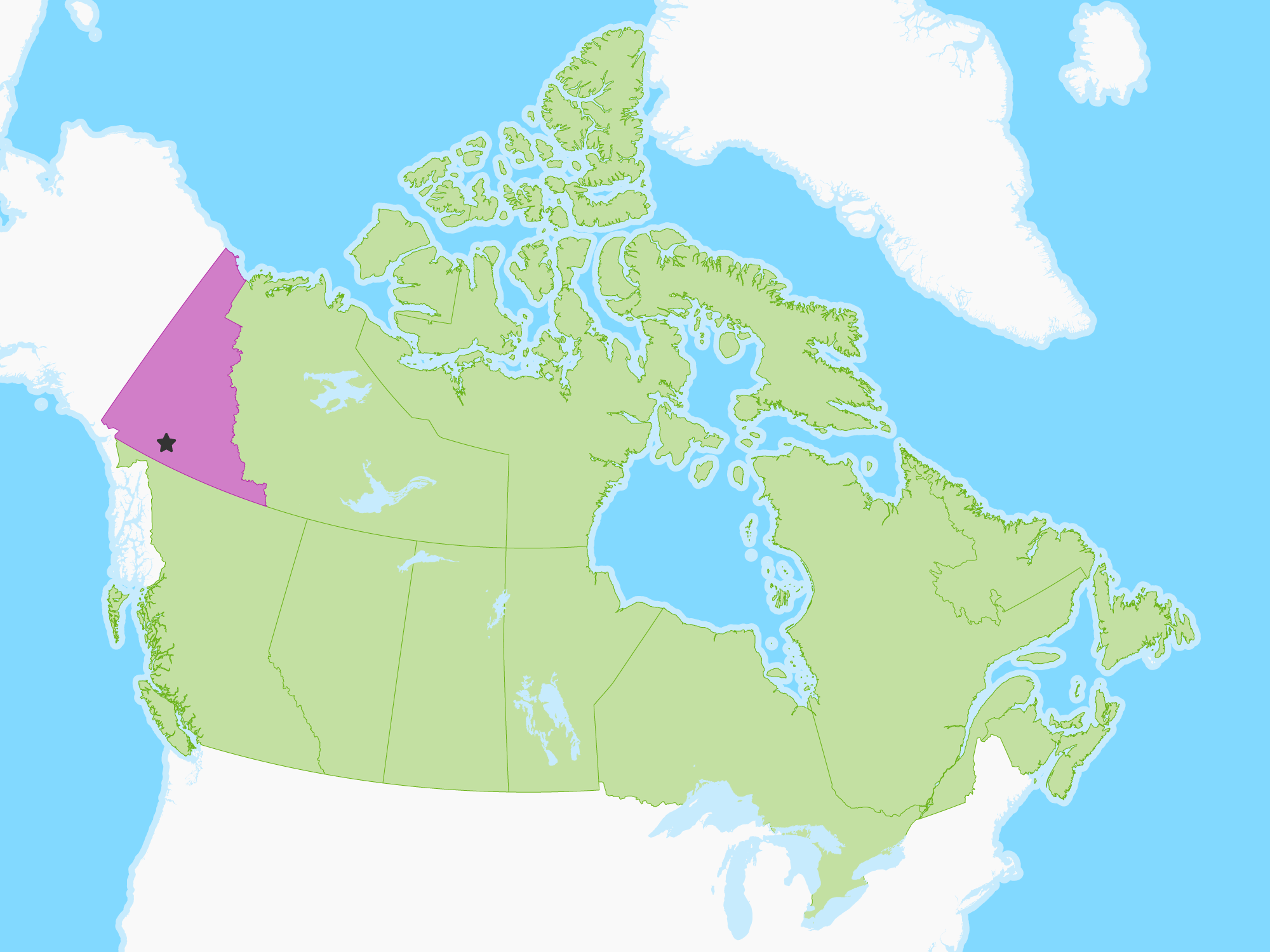 Yukon is the smallest and westernmost of Canada's three federal territories (the other two are the Northwest Territories and Nunavut). It has the smallest population of any province or territory in Canada, with 35,874 people, although it has the largest city in any of the three territories. Whitehorse is the territorial capital and Yukon's only city. Yukon was split from the Northwest Territories in 1898 and was originally named the Yukon Territory. The federal government's Yukon Act, which received royal assent on March 27, 2002, established Yukon as the territory's official name.