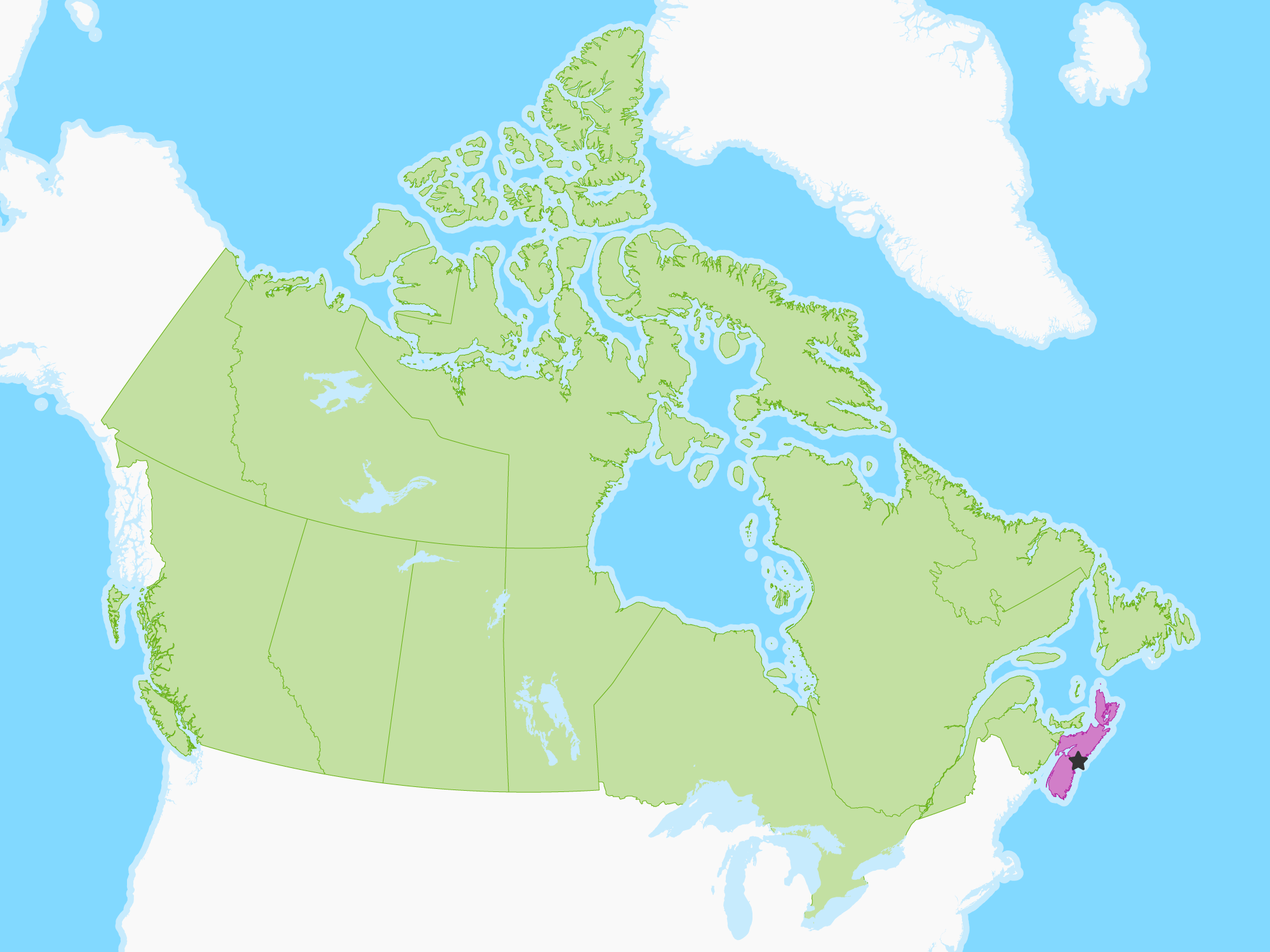 Nova Scotia is one of Canada's three Maritime Provinces, and one of the four provinces that form Atlantic Canada. Its provincial capital is Halifax. Nova Scotia is the second-smallest of Canada's ten provinces, with an area of 55,284 square kilometres (21,300 sq mi), including Cape Breton and another 3,800 coastal islands. As of 2016, the population was 923,598. Nova Scotia is Canada's second-most-densely populated province, after Prince Edward Island, with 17.4 inhabitants per square kilometre (45/sq mi).