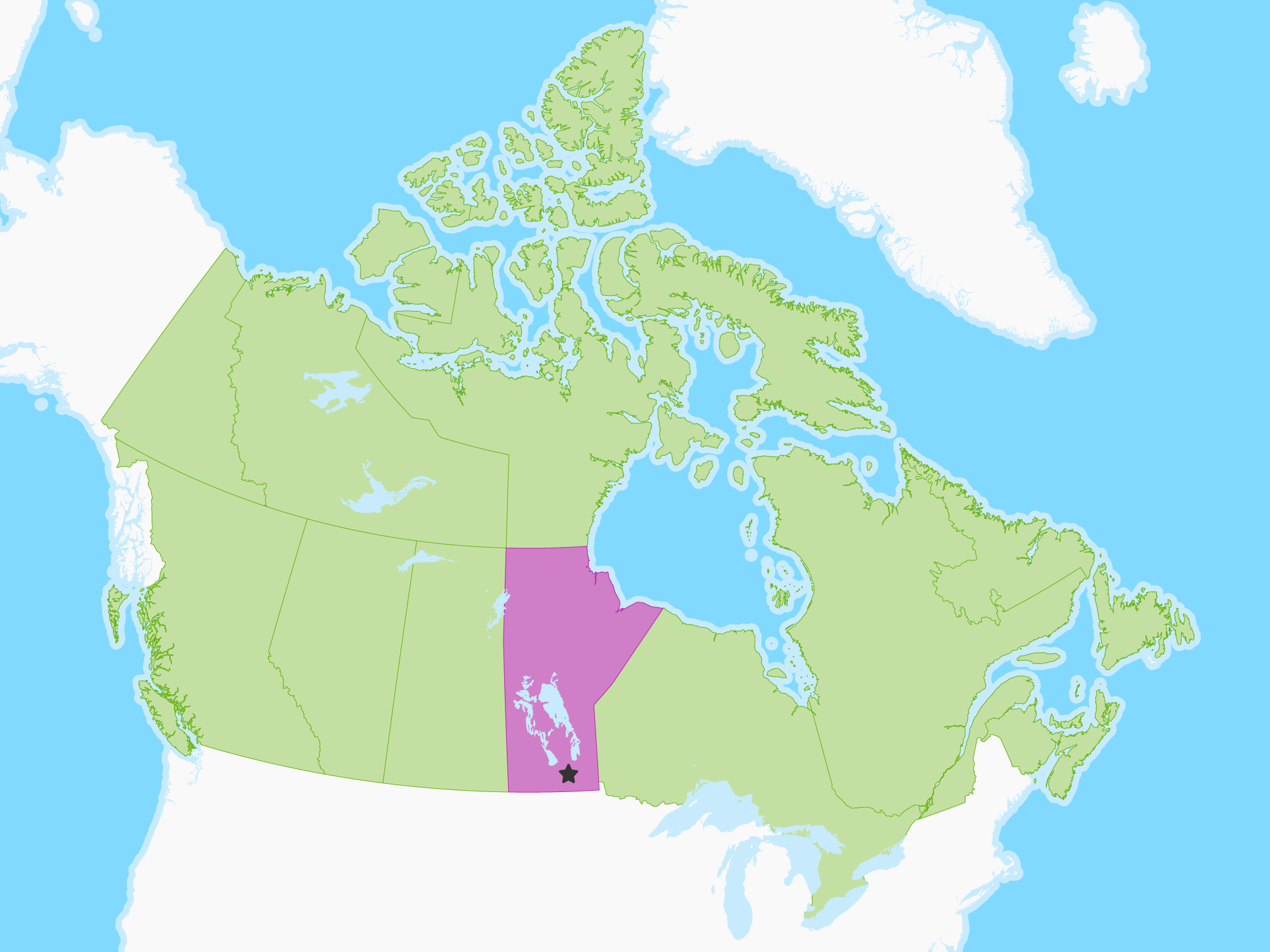 Manitoba is a province at the longitudinal centre of Canada. It is often considered one of the three prairie provinces (with Alberta and Saskatchewan) and is Canada's fifth-most populous province with its estimated 1.3 million people. Manitoba covers 649,950 square kilometres (250,900 sq mi) with a widely varied landscape, stretching from the northern oceanic coastline to the southern border with the United States. The province is bordered by the provinces of Ontario to the east and Saskatchewan to the west, the territories of Nunavut to the north, and Northwest Territories to the northwest, and the U.S. states of North Dakota and Minnesota to the south. Manitoba's capital and largest city, Winnipeg, is the eighth-largest census metropolitan area in Canada.