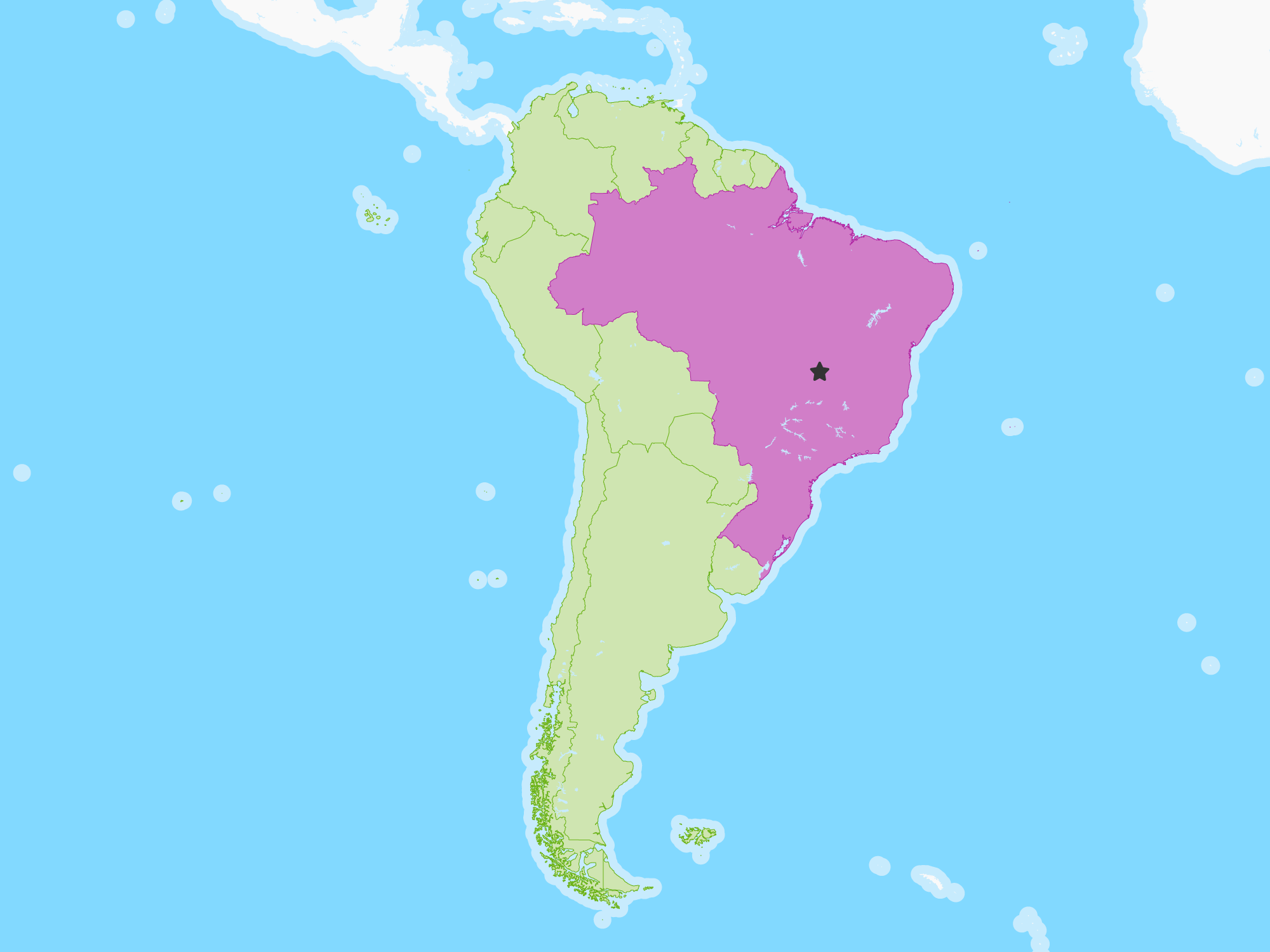 Brazil, officially the Federative Republic of Brazil, the largest country in both South America and Latin America. At 8.5 million square kilometers (3.2 million square miles) and with over 208 million people, Brazil is the world's fifth-largest country by area and the fifth most populous. Its capital is Brasília, and its most populated city is São Paulo. The federation is composed of the union of the 26 states, the Federal District, and the 5,570 municipalities. It is the largest country to have Portuguese as an official language and the only one in the Americas; it is also one of the most multicultural and ethnically diverse nations, due to over a century of mass immigration from around the world.