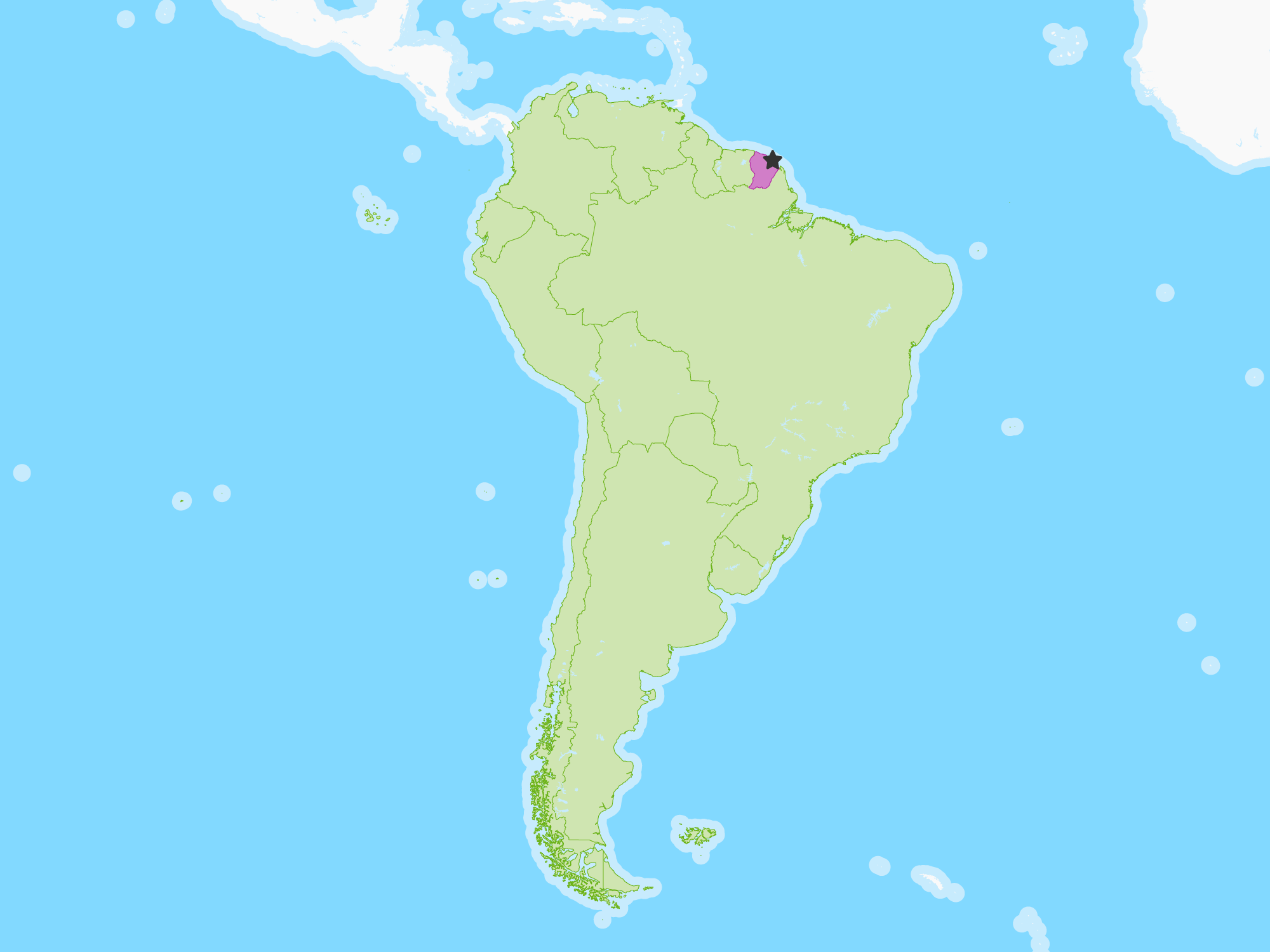 French Guiana is an overseas department and region of France, on the north Atlantic coast of South America in the Guyanas. It borders Brazil to the east and south and Suriname to the west. Since 1981, when Belize became independent, French Guiana has been the only territory of the mainland Americas that is still part of a European country. With a land area of 83,534 km2 (32,253 sq mi), French Guiana is the second-largest region of France and the largest outermost region within the European Union. It has a very low population density, with only 3.6 inhabitants per square kilometre (9.3/sq mi). Half of its 296,711 inhabitants in 2019 lived in the metropolitan area of Cayenne, its capital.