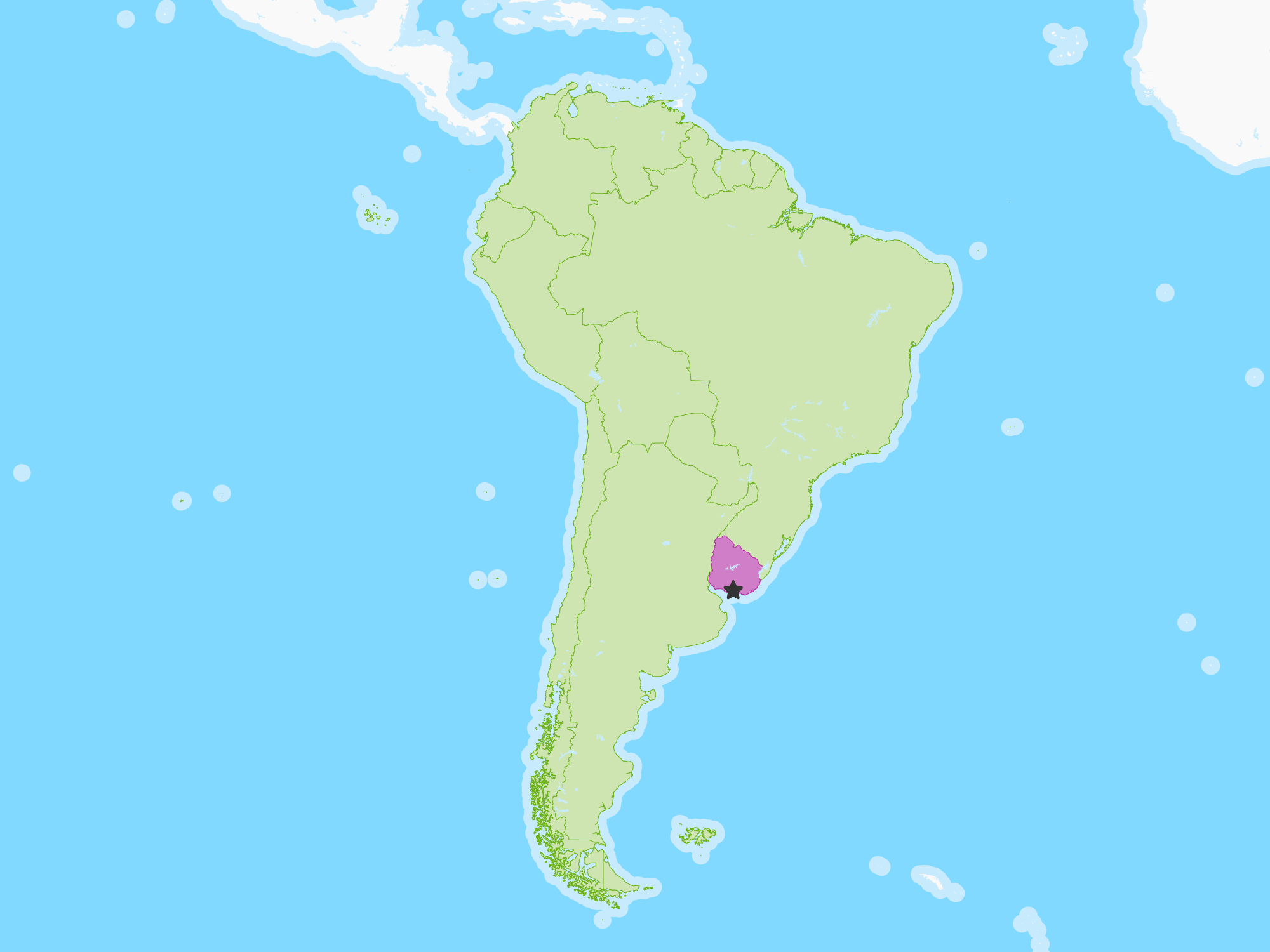 Uruguay, officially the Oriental Republic of Uruguay, is a country in the southeastern region of South America. It borders Argentina to its west and Brazil to its north and east, with the Río de la Plata (River of Silver) to the south and the Atlantic Ocean to the southeast. Uruguay is home to an estimated 3.44 million people, of whom 1.8 million live in the metropolitan area of its capital and largest city, Montevideo. With an area of approximately 176,000 square kilometres (68,000 sq mi), Uruguay is geographically the second-smallest nation in South America, after Suriname.