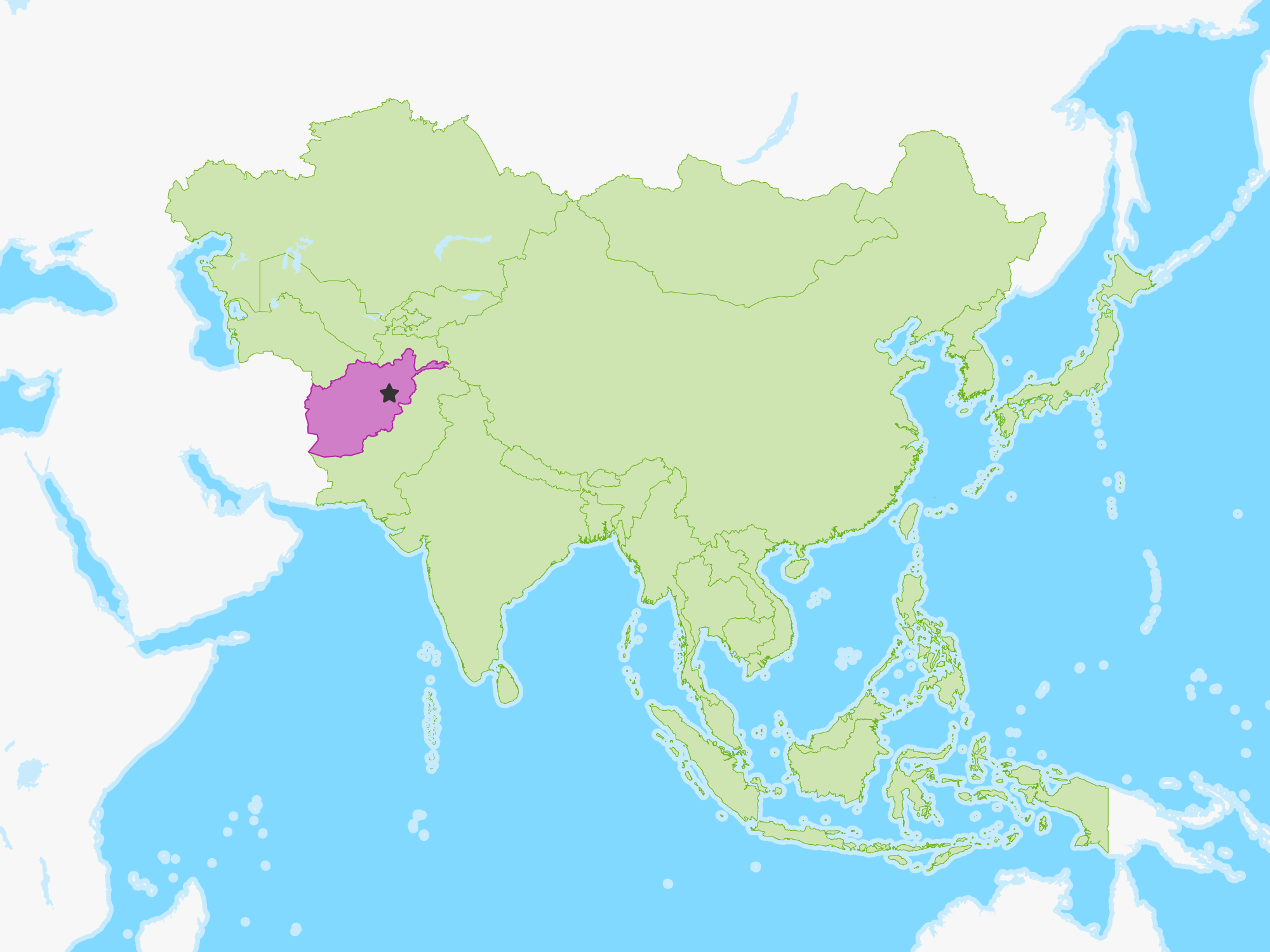 Afghanistan, officially the Islamic Republic of Afghanistan, is a landlocked country located in South-Central Asia. Afghanistan is bordered by Pakistan in the south and east; Iran in the west; Turkmenistan, Uzbekistan, and Tajikistan in the north; and in the far northeast, China. Its territory covers 652,000 square kilometers (252,000 sq mi) and much of it is covered by the Hindu Kush mountain range, which experiences very cold winters. The north consists of fertile plains, while the south-west consists of deserts where temperatures can get very hot in summers. Kabul serves as the capital and its largest city.