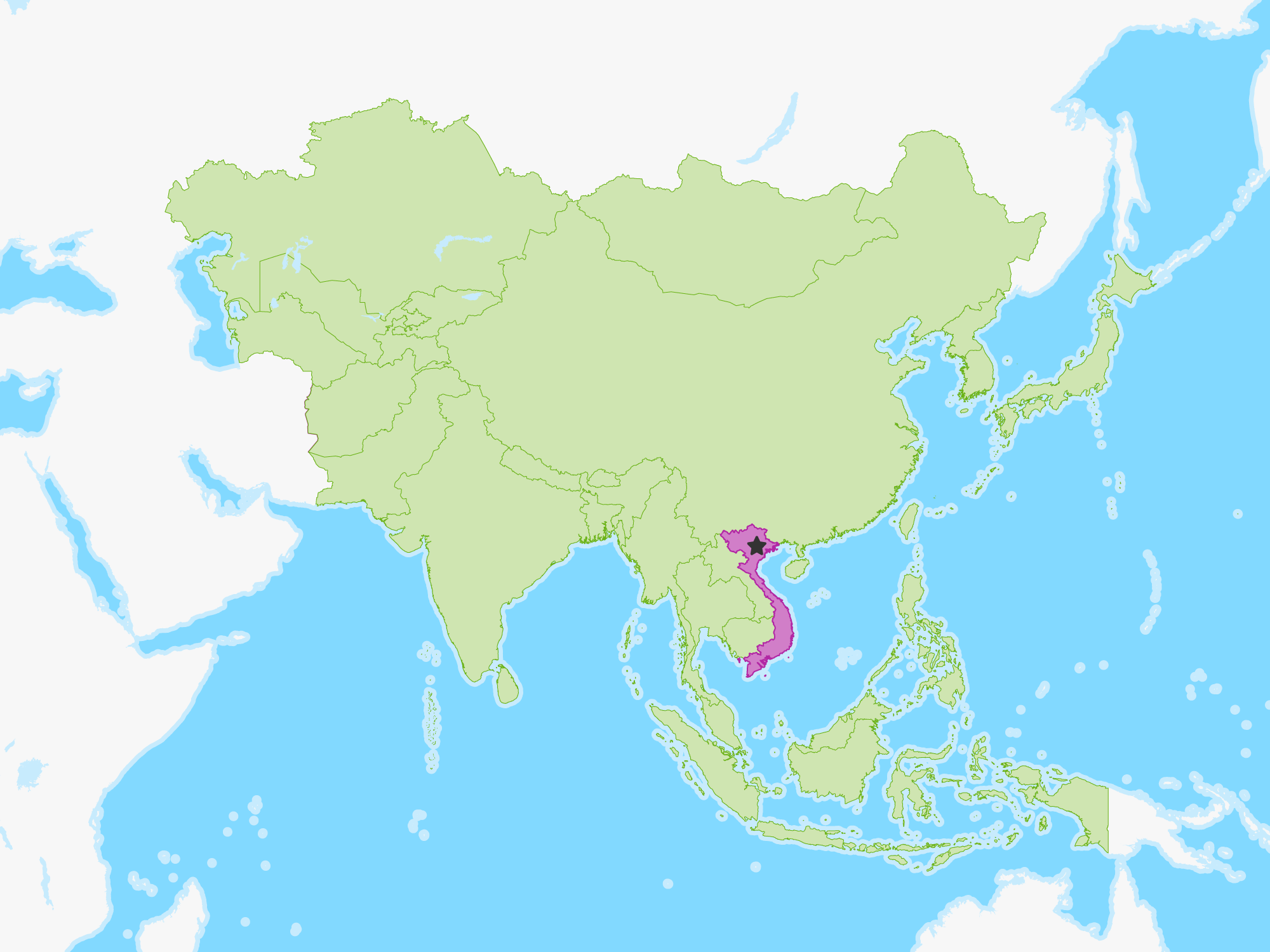 Vietnam, officially the Socialist Republic of Vietnam, is the easternmost country on the Indochina Peninsula. With an estimated 94.6 million inhabitants as of 2016, it is the 15th most populous country in the world. Vietnam is bordered by China to the north, Laos and Cambodia to the west, part of Thailand to the southwest, and the Philippines, Malaysia, and Indonesia across the South China Sea to the east and southeast. Its capital city has been Hanoi since the reunification of North and South Vietnam in 1976, while its most populous city is Ho Chi Minh City.