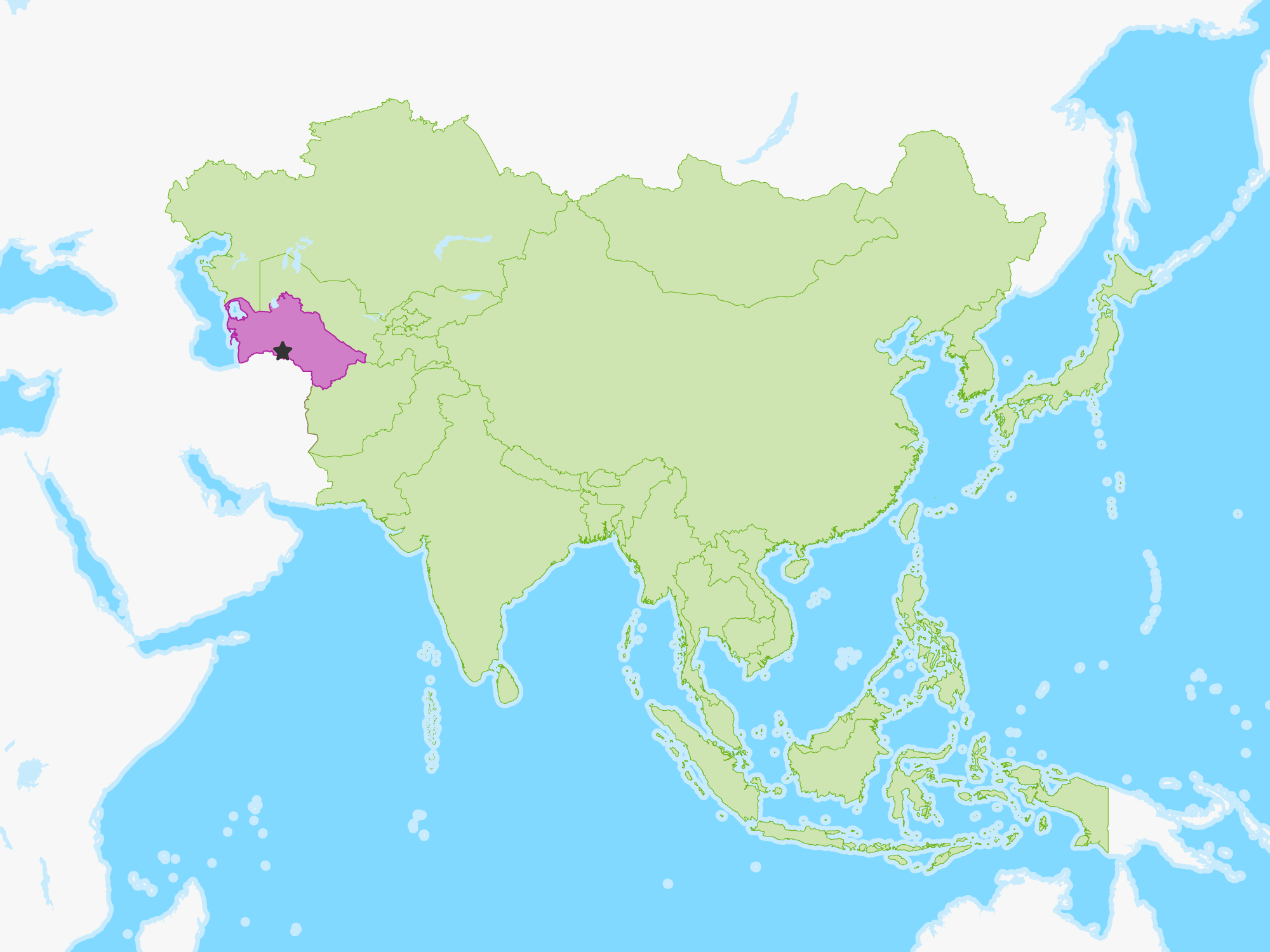 Turkmenistan, known as Turkmenia, officially the Republic of Turkmenistan, is a country in Central Asia, bordered by Kazakhstan to the northwest, Uzbekistan to the north and east, Afghanistan to the southeast, Iran to the south and southwest, and the Caspian Sea to the west. Ashgabat is the capital and largest city. The population of the country is 5.6 million, the lowest of the Central Asian republics and one of the most sparsely populated in Asia.