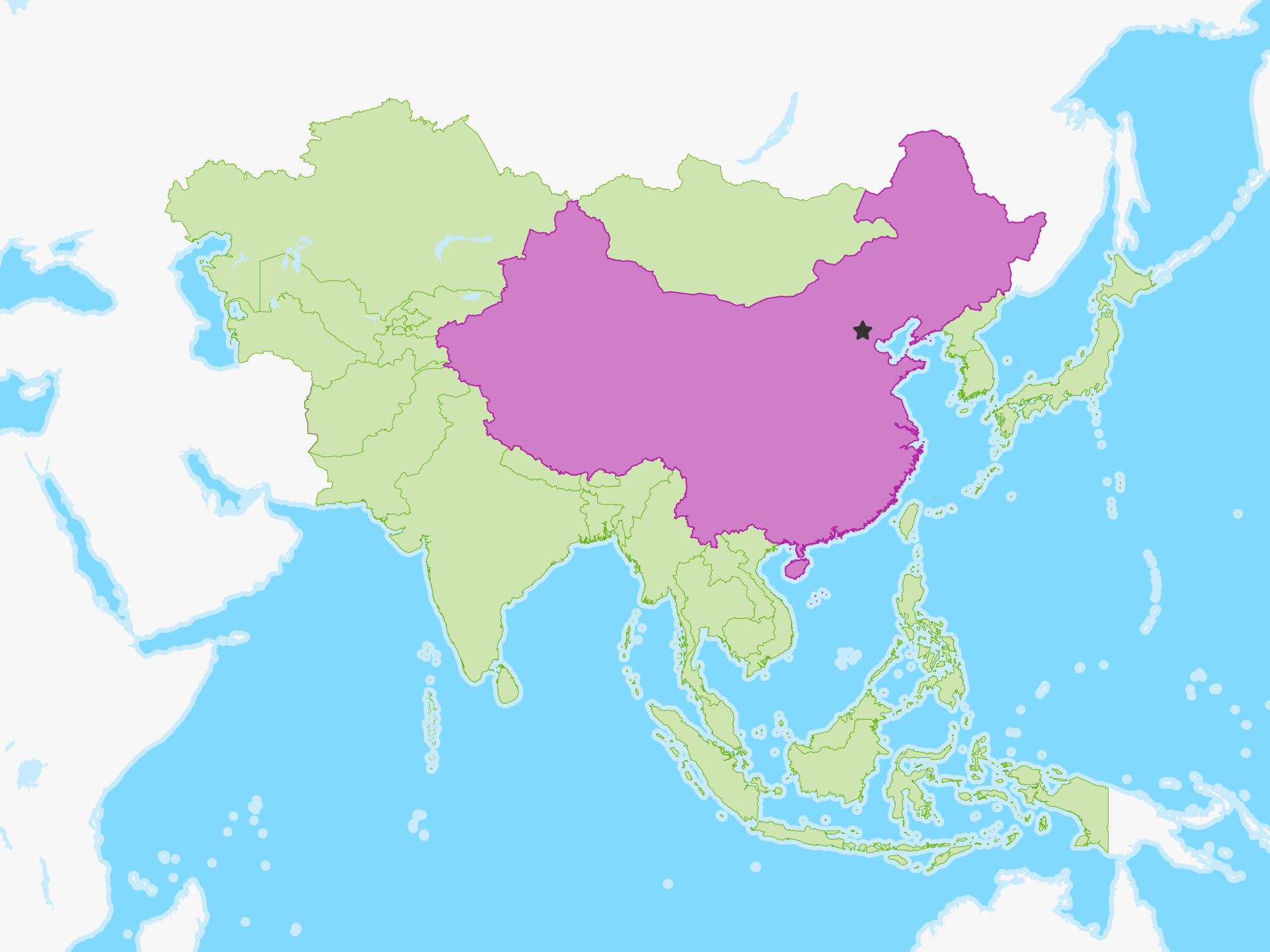 China, officially the People's Republic of China (PRC), is a country in East Asia and the world's most populous country, with a population of around 1.404 billion. Covering approximately 9,600,000 square kilometers (3,700,000 sq mi), it is the third- or fourth-largest country by total area. Governed by the Communist Party of China, the state exercises jurisdiction over 22 provinces, five autonomous regions, four direct-controlled municipalities (Beijing, Tianjin, Shanghai, and Chongqing), and the special administrative regions of Hong Kong and Macau.