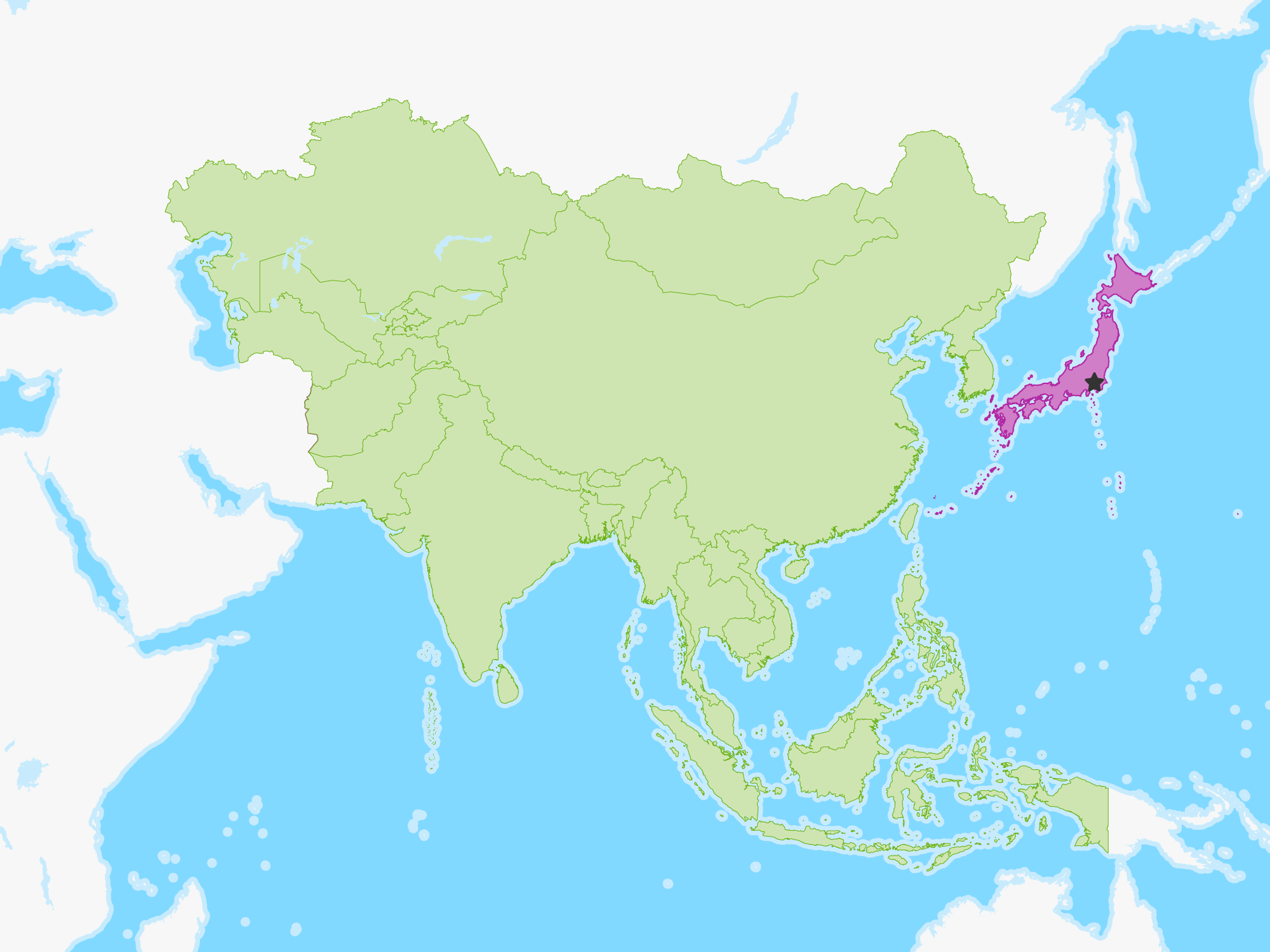 Japan is an island country in East Asia. Located in the Pacific Ocean, it lies off the eastern coast of the Asian continent and stretches from the Sea of Okhotsk in the north to the East China Sea and the Philippine Sea in the south. The kanji that make up Japan's name mean "sun origin", and it is often called the "Land of the Rising Sun". Japan is a stratovolcanic archipelago consisting of about 6,852 islands. The country is divided into 47 prefectures in eight regions, with Hokkaido being the northernmost prefecture and Okinawa being the southernmost one. The population of 127 million is the world's eleventh largest, of which 98.5% are ethnic Japanese.