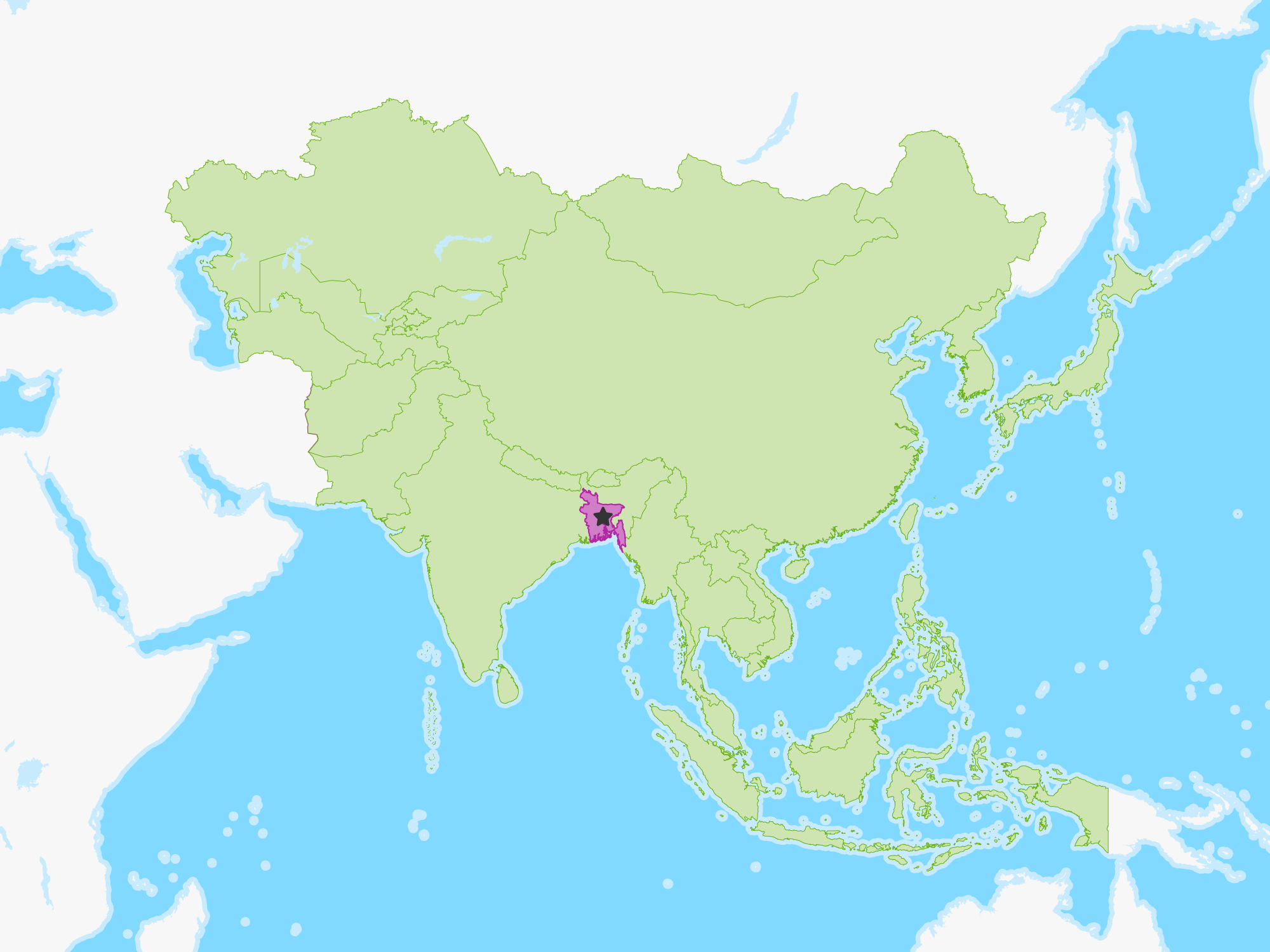 Bangladesh, officially the People's Republic of Bangladesh, is a sovereign country in South Asia. It shares land borders with India and Myanmar (Burma). The country's maritime territory in the Bay of Bengal is roughly equal to the size of its land area. Bangladesh is the world's eighth most populous country as well as its most densely-populated, to the exclusion of small island nations and city-states. Dhaka is its capital and largest city, followed by Chittagong, which has the country's largest port.