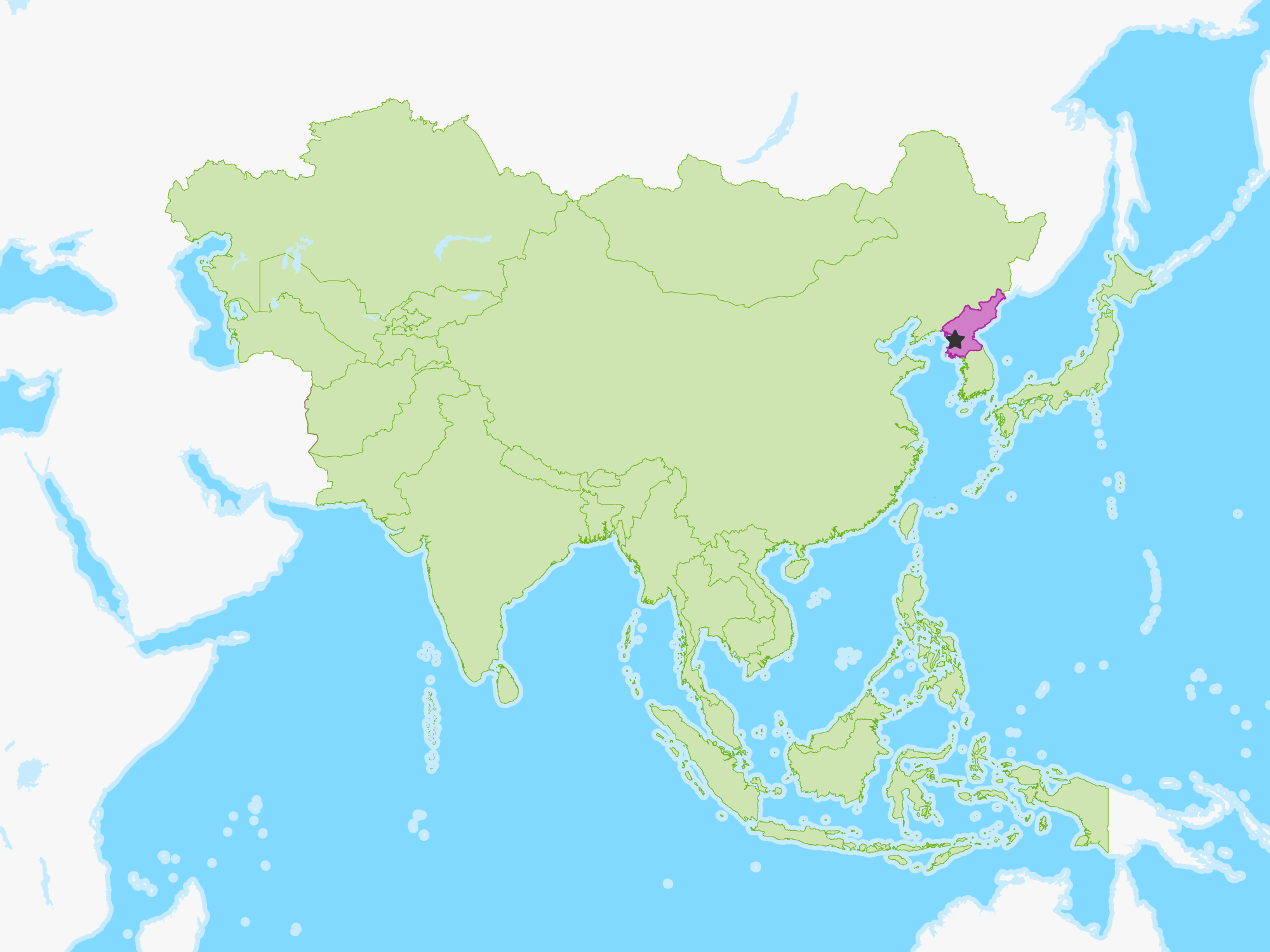 North Korea, officially the Democratic People's Republic of Korea (DPRK or DPR Korea), is a country in East Asia constituting the northern part of the Korean Peninsula, with Pyongyang the capital and the largest city in the country. To the north and northwest, the country is bordered by China and by Russia along the Amnok (known as the Yalu in Chinese) and Tumen rivers and to the south it is bordered by South Korea, with the heavily fortified Korean Demilitarized Zone (DMZ) separating the two. Nevertheless, North Korea, like its southern counterpart, claims to be the legitimate government of the entire peninsula and adjacent islands.