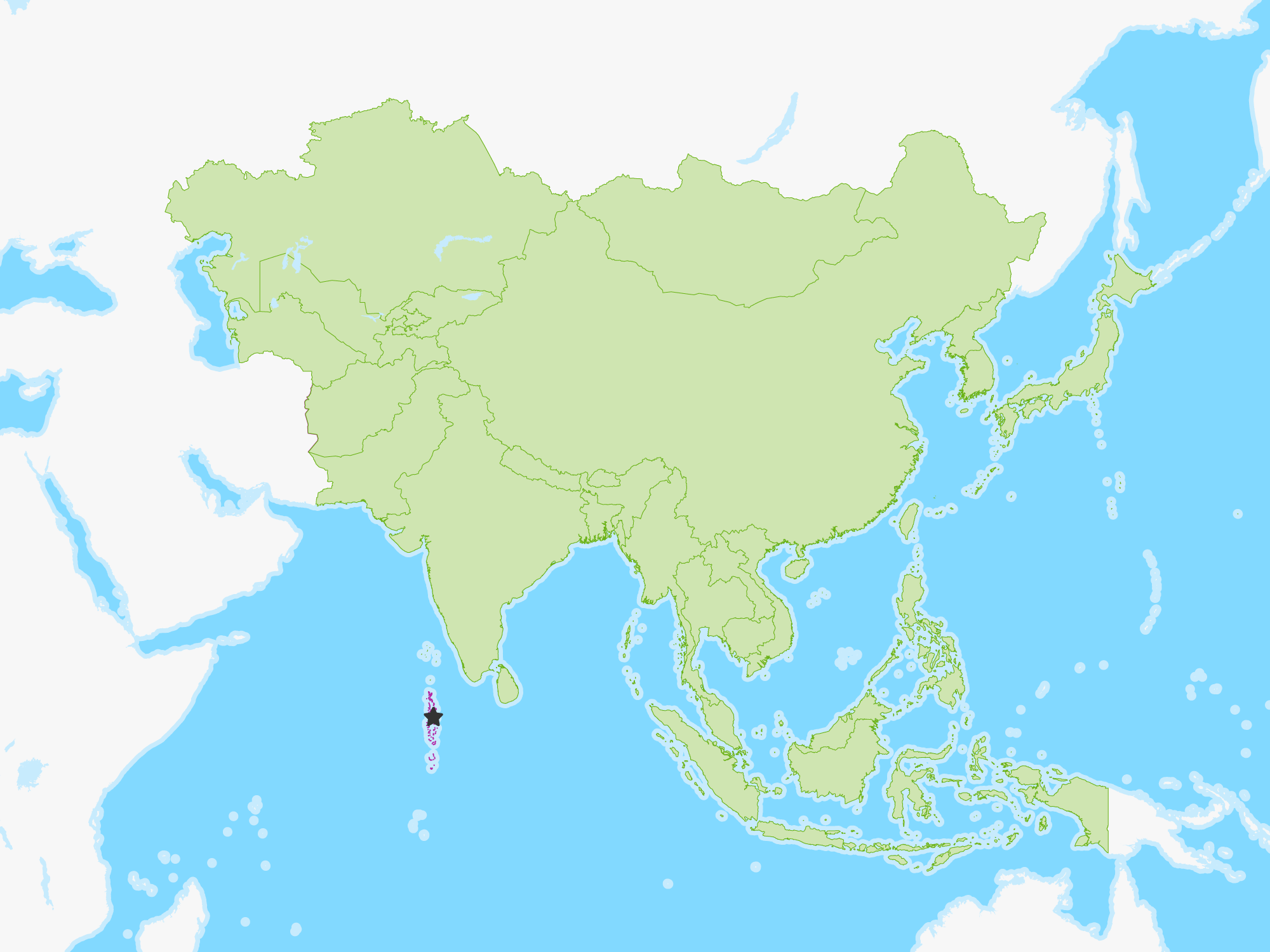 The Maldives, officially the Republic of Maldives, is a country in South Asia, located in the Arabian Sea of the Indian Ocean. It lies southwest of Sri Lanka and India, about 1,000 kilometres (620 mi) from the Asian continent. The chain of 26 atolls stretches from Ihavandhippolhu Atoll in the north to Addu Atoll in the south. Comprising a territory spanning roughly 298 square kilometres (115 sq mi), the Maldives is one of the world's most geographically dispersed sovereign states as well as the smallest Asian country by land area and population, with around 427,756 inhabitants. Malé is the capital and the most populated city, traditionally called the "King's Island" for its central location.