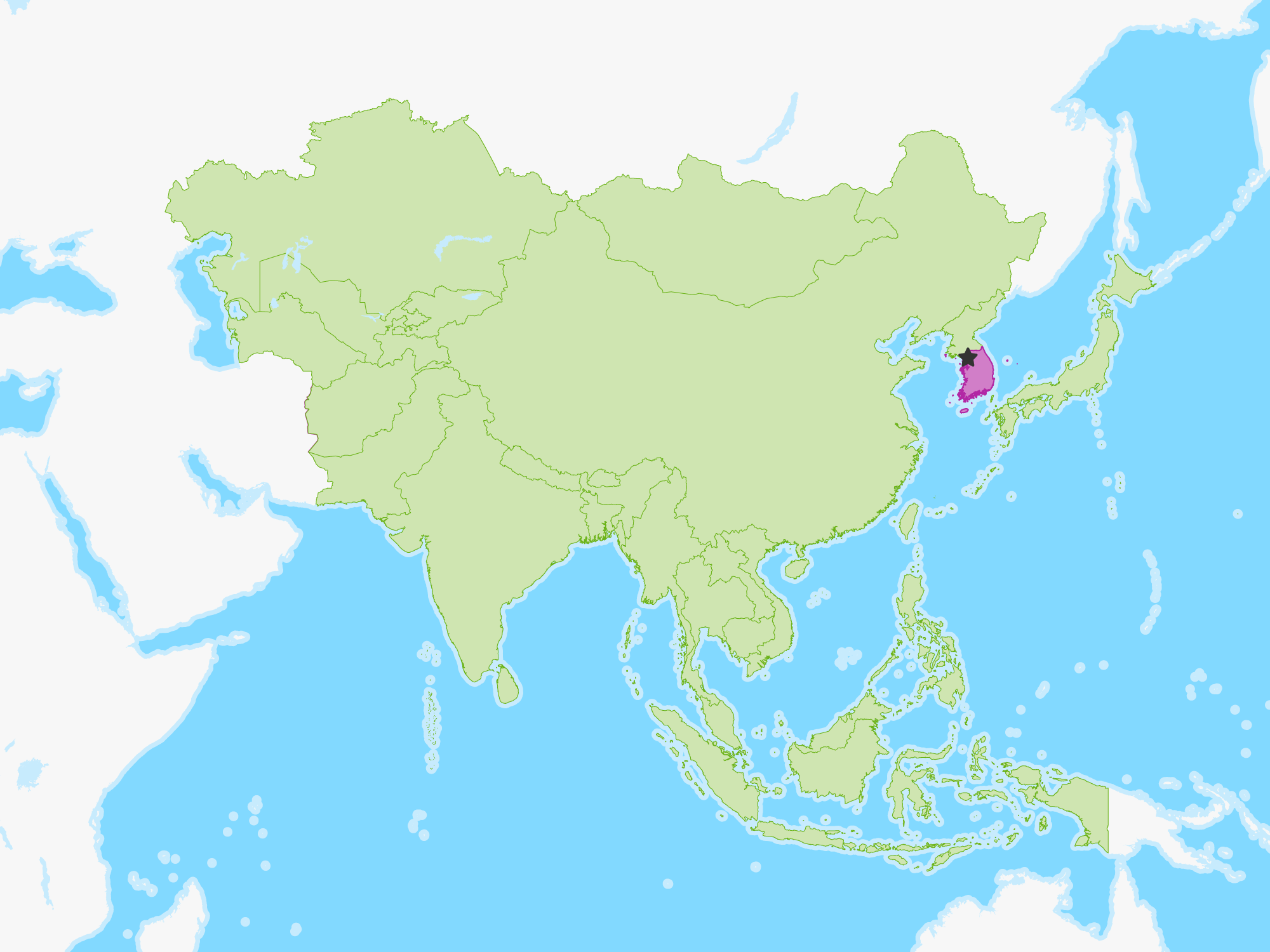 South Korea, officially the Republic of Korea (ROK), is a country in East Asia, constituting the southern part of the Korean Peninsula. The name Korea is derived from Goguryeo which was one of the great powers in East Asia during its time, ruling most of the Korean Peninsula, Manchuria, parts of the Russian Far East and Inner Mongolia under Gwanggaeto the Great. Its capital, Seoul, is a major global city and half of South Korea's 51 million people live in the Seoul Capital Area, the fourth largest metropolitan economy in the world.