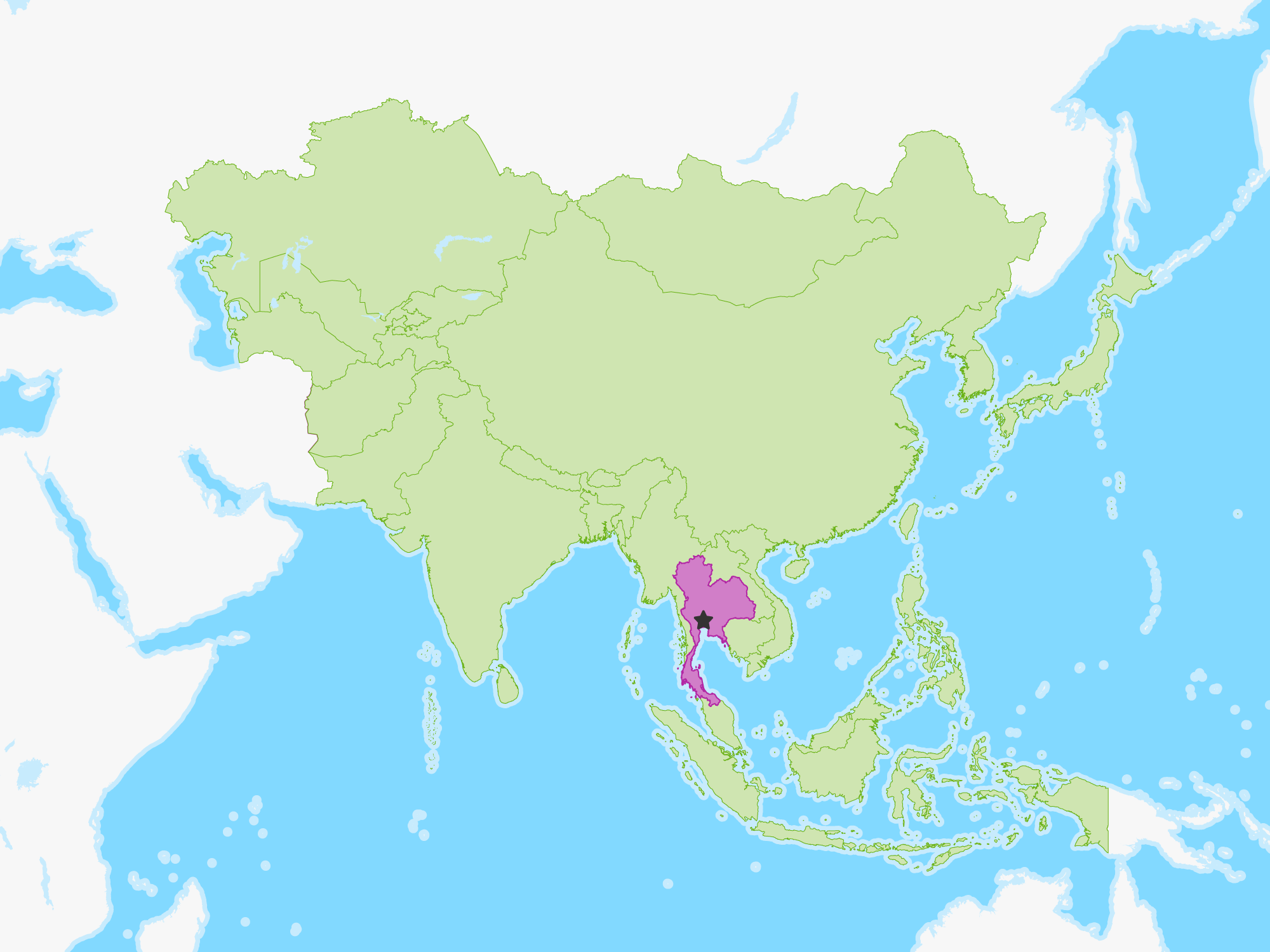 Thailand, officially the Kingdom of Thailand and formerly known as Siam, is a country at the center of the Southeast Asian Indochinese peninsula composed of 76 provinces. At 513,120 km2 (198,120 sq mi) and over 68 million people, Thailand is the world's 50th largest country by total area and the 21st-most-populous country. The capital and largest city is Bangkok, a special administrative area. Thailand is bordered to the north by Myanmar and Laos, to the east by Laos and Cambodia, to the south by the Gulf of Thailand and Malaysia, and to the west by the Andaman Sea and the southern extremity of Myanmar. Its maritime boundaries include Vietnam in the Gulf of Thailand to the southeast, and Indonesia and India on the Andaman Sea to the southwest. Although nominally a constitutional monarchy and parliamentary democracy, the most recent coup in 2014 established a de facto military dictatorship.